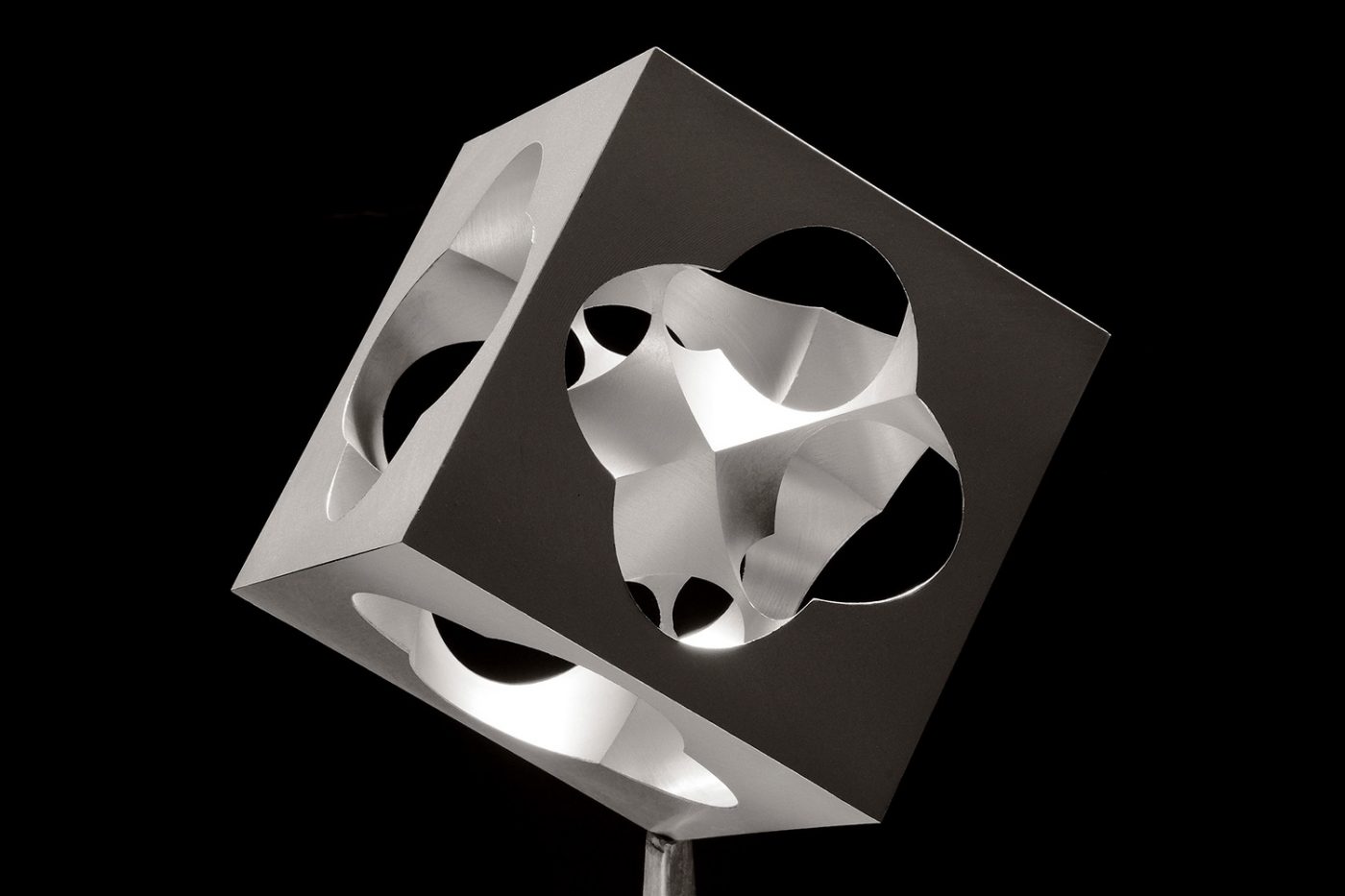 What is hidden in a cube, a simple geometric element with identically long sides? Janez Grom sought the answer to this question in his creations, with his countless creative approaches to drilling and milling. When we look at the cube, it is different every time, let it be due to the angle of view or illumination. We can say with certainty that his extraordinary accuracy and the control of his tools brought to life wonderful creations.

We were introduced to the cubes of the late Janez Grom in the Stereoscopic Society Ljubljana in 2004, with Janez Grom’s exhibition in Železniki. At that time, our member Matjaž Podjed took first stereoscopic photos on slides and made a multivision, which was broadcasted as a part of the Stereoscopic Society show. Janez later became a member of the Society, because he was quite interested in stereoscopy, but, unfortunately, his creative path was interrupted by a serious illness. In December 2017, when it would be his 80th birthday, the exhibition of photographs by Jože Pristavec – Joc in Cankarjev dom in Vrhnika was opened in his memory, and before the opening, we launched longer 3D film about his work and life. Through the narratives of Anka Grom, Janez Čepon and Janez Suhadolc, we become acquainted with Janez Grom as a man, a friend and a life companion, and not only as an artist of artfully made cubes.

The making of the film took several months. Most of the time was spent on organizing and performing of conversations, but the macro shots were completed in one day. The script was written by Tibor Gedei, Damir Vrančić put effort in the introductory macro shot, the rest of it I did alone. Before the Vrhnika show we played the film for the first time as a part of the Stereoscopic Days, which we organize every year within the Stereoscopic Society of Ljubljana. The film was well received and it was a great opportunity for many to experience watching the cubes on the big screen. Below are two 3D versions of the film, anaglyph with red-eye glasses and a half side-by-side that is suitable for 3D TVs. Anyone who does not have any of the above can see the film in the 2D version, but this should only be if 3D viewing is really impossible. The film is in Slovene language. 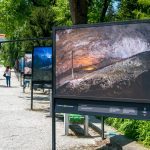