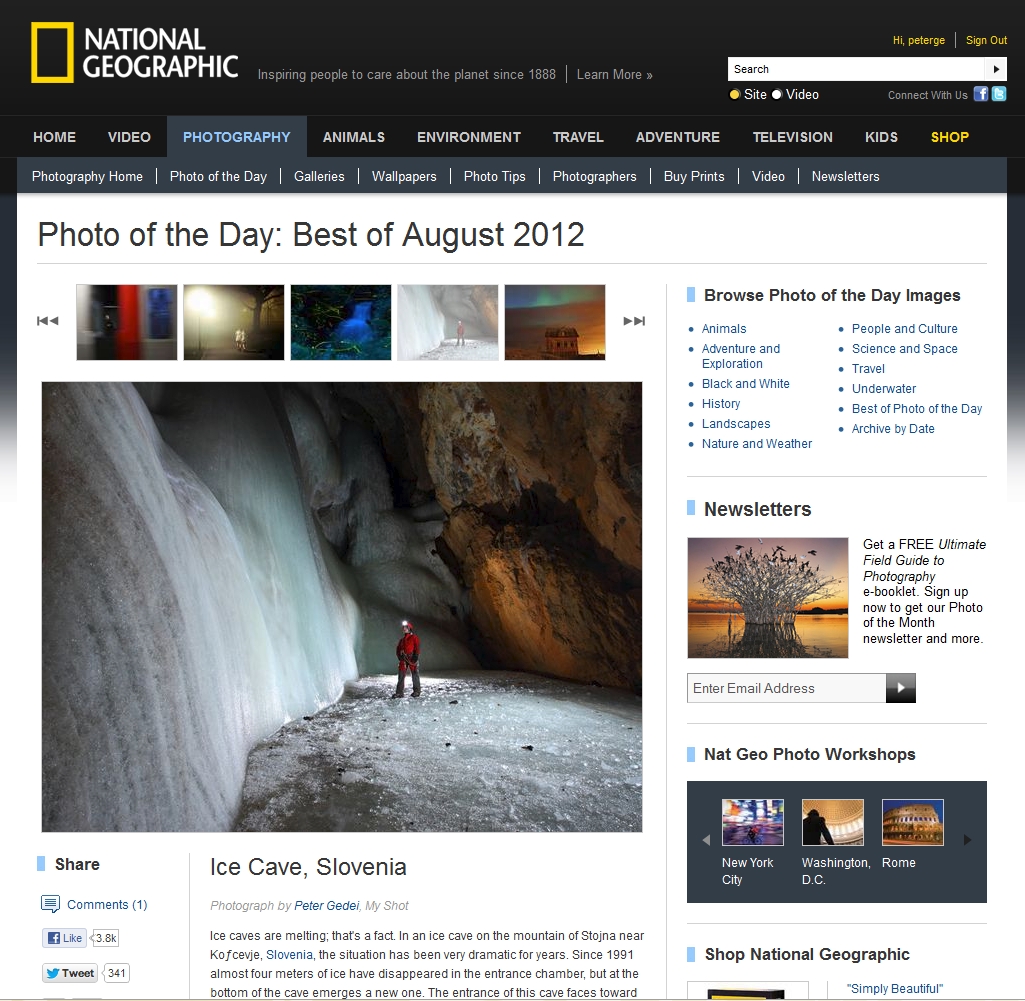 Photo of the day of the National Geographic website

The website of the National Geographic magazine is surely one of the most visited websites. The daily visit probably goes up to a five- or even a six-digit number, as they brag about having visits from a crowd of over 20 million people per month. One of the popular sections of the website is the Photo of the day, where they publish a new ‘photograph of the day’ every day. They choose it among many photographs published in the print editions, as well as shots with which they are bombarded by photographers around the globe. And if the shot especially impresses the editor, it ends up in the monthly selection; only one of those, however, is named the ‘photograph of the month’ with the help of votes of the online readers.ž

More so out of curiosity than anything else, I sent a photo of the Ice cave on Stojna in March.  In a month or so, I was expecting some sort of response, after that, I completely forgot about the matter. It was in July that I was surprised to receive an e-mail from the editor, in August that I finally awaited the publication of the photograph and in September that I realized the photo had ended up in the monthly edit and with that, emerged from the flood of ‘daily photographs’. And when you browse the selections of the former months, there are, despite the beautiful stories from the print edition, only a taste of caving photos. Maybe it’s time for a Slovenian story? 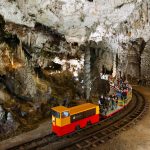 Prev The train is driving me into ... the cave
Next Caves with unspoken names 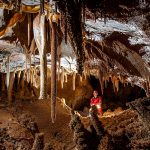 All photographs and text appearing on this website are protected under domestic and international copyright laws. This intellectual property may not be copied, copied to another computer, transmitted, published, reproduced, stored, manipulated, projected, or altered in any way without the written permission of Peter Gedei. No images are within the Public Domain. Use of any image as the basis for another photographic concept or illustration is a violation of copyright. To secure reproduction and use rights, please contact Peter Gedei.
I accepted the challenge! Instead of an SLR camera

The color contrasts of the stalactites and the wal

In the fairy-tale parts of the newly discovered ca