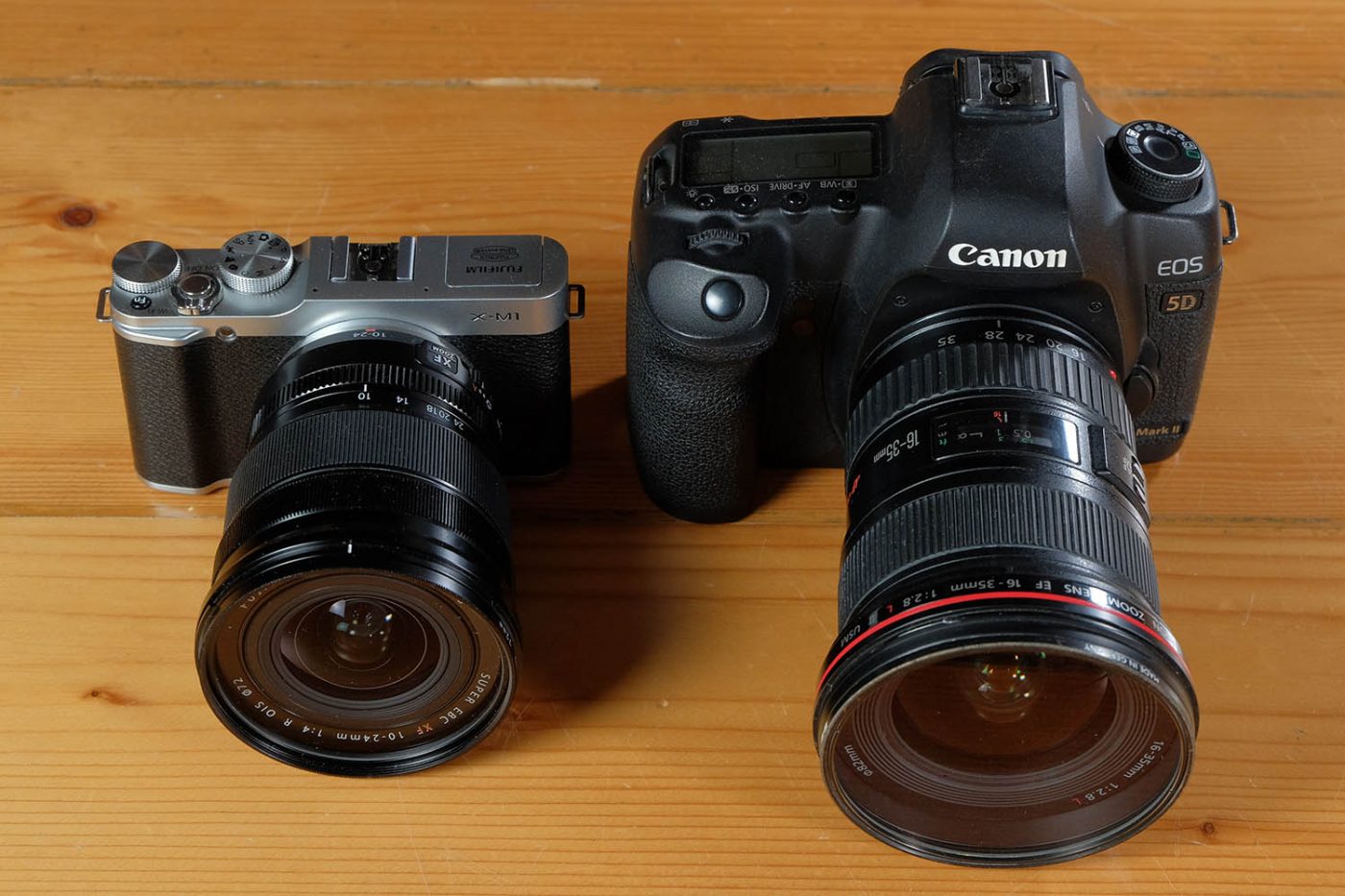 My mind often wanders to Olympus OM4-T, which kept me company for longer than a decade. Even today, I still pick it up sometimes, put it against my cheek and sigh at the wonderful view through the eyepiece. No auto focus, no ON/OFF switch, only masterful mechanics and optics. With fixed lens it never took up too much space. Together with the flash, I could carry it around in small, even unusual bags and boxes, even self constructed ones. It worked flawlessly, the quality was top notch and it was hard to set it back in the closet and switch over to digital photography. But what can you do when it has so many advantages – even looking at the shot was something wonderfully freeing. No more development, no more unnecessary waiting and no more stress.

However, the analog lover had the advantage, which I more than missed when it came to digital photography. It was small, and we truly cannot say the same for better SLRs. True, there are smaller and more compact models available, which possess almost everything the larger ones do, but the lens is where the problems begin. A wider angle, which you can get with a focus lens with 24 mm, is not available, and it is a very welcome thing when it comes to cave photography. Most shots are usually made somewhere between 16 and 21 mm (format 35 mm), which clearly implies using a zoom lens with 16-35 mm. This is offered by every large manufacturer, but only for SLRs.

While we still have our strength, we can carry around even the heaviest cameras and lenses, however it is completely different when a cave shows us its teeth. Not all caves are easy, or easily accessible, short or spacious. There are many which suck your much needed energy with narrow shafts, mud and depths, and in that moment all you can think about is why on Earth you decided to bring all this equipment with you. With a smaller and lighter load packed in a small container and inserted with everything else in your bag, life would be much easier. OK, the lens can be taken off and stuffed in the box along with the camera, but I strictly do not do that. I love it too much and would rather keep it clean …

Fuji X-M1 is even smaller, and compared to Canon, a very little guy.

Along with the usual SLRs, cameras without prisms appeared on the market years ago. The ground was plowed at Olympus with a system of micro 4/3, joined by many others, and in a few years time, many cameras and lenses with this system appeared, however, the quality of the shot was not convincing for me. It was only a little while ago, when I began questioning a smaller and easier alternative, that I thought about Fuji as advised by a friend. And when he says something like: “Look, micro 4/3 isn’t that great, a Fuji M1 is available used for not much money, the photo is great, there are many lenses, why don’t you check it out,” there is nothing left to do than try the camera in question.

I can stuff X-M1 along with the flash in a box, which is almost three times lighter (1,6 kg) than a Canon with a flash in a photo suitcase (4,1 kg).

In addition to the small body, the first prerequisite was of course the lens, and luckily, Fuji produce it. A lens of 10-24 mm covers all the focal lengths with internal movement of the lenses during zooming and even provides stabilization. It’s not the lightest and it’s also bigger than you would expect for such a system, but there is almost no alternative. The second prerequisite was obviously the quality of the shot, especially the amount of noise in dark places and a longer exposition, which, after checking on various online test websites, where the Fuji sensor worked very well, immediately convinced me. Mirror-less cameras have a built-in APS-C size sensor, which are usually found in smaller SLRs and are much larger than the sensors of micro 4/3. So the larger sensor is at “fault” for less noise and subsequently, a better shot. Finally, a good body of the camera could also help me decide, but the M1 has, despite its smallness, all the settings a photographer needs. It is only missing an eyepiece, so all information, including the preview, are only available via the LCD screen. Bothersome? A thing of habit, but for me, this way of shooting quickly became favorable.

I shot a test photo during the visit of Predjama and the limestone formation Snail proved to be the right cave space (full sizes (warning big size!): Fuji X-M1, Canon 5d mkII). Two systems were parallel to one another: Canon 5Dmkll with 16-35 mm/f2.8 lenses and Fuji X-M1 with 10-24mm/f4 lenses, with the same settings of 1/50s, f5.6, ISO 400, 4350K and shot in RAW (since I was a little scattered, the Fuji exposition was set at 1/5s, which can only disadvantage the Fuji), lit by four Yongnuo YN-560II flashes. The export was made from Lightroom without additional settings, in the way that the camera took the photo. A detailed view with Fuji shows incredible results, in some elements even surpassing its big rival. The shot is sharp, even in the corners, there are little chromatic distortions, the dynamic is on a great level and even worrying about noise was unnecessary. Below are a few examples that speak for themselves:

Fuji X-M1: caver in the middle

Canon 5DmkII: caver in the middle

The next tough cave will be easier because of this, of that I am sure. The Fuji’s weakness is only shown in a smaller resolution as well as bad video, but the photography cannot be faulted. Truly, it could be compared to the newest SLRs like 5DmkIII or Nikon 810, but that was not the point of the comparison. The point was to find an alternative, which still has a high level of quality despite the small body and I think my search is done for a while. For a long while, I hope … 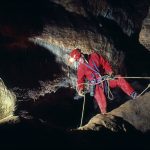 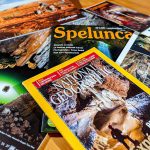 All photographs and text appearing on this website are protected under domestic and international copyright laws. This intellectual property may not be copied, copied to another computer, transmitted, published, reproduced, stored, manipulated, projected, or altered in any way without the written permission of Peter Gedei. No images are within the Public Domain. Use of any image as the basis for another photographic concept or illustration is a violation of copyright. To secure reproduction and use rights, please contact Peter Gedei.
The lowest level of the Predjama cave system, #Slo

The most beautiful parts of the cave Planinska jam

Planinska jama, is one of the longest water caves

Planinska jama, is one of the longest water caves